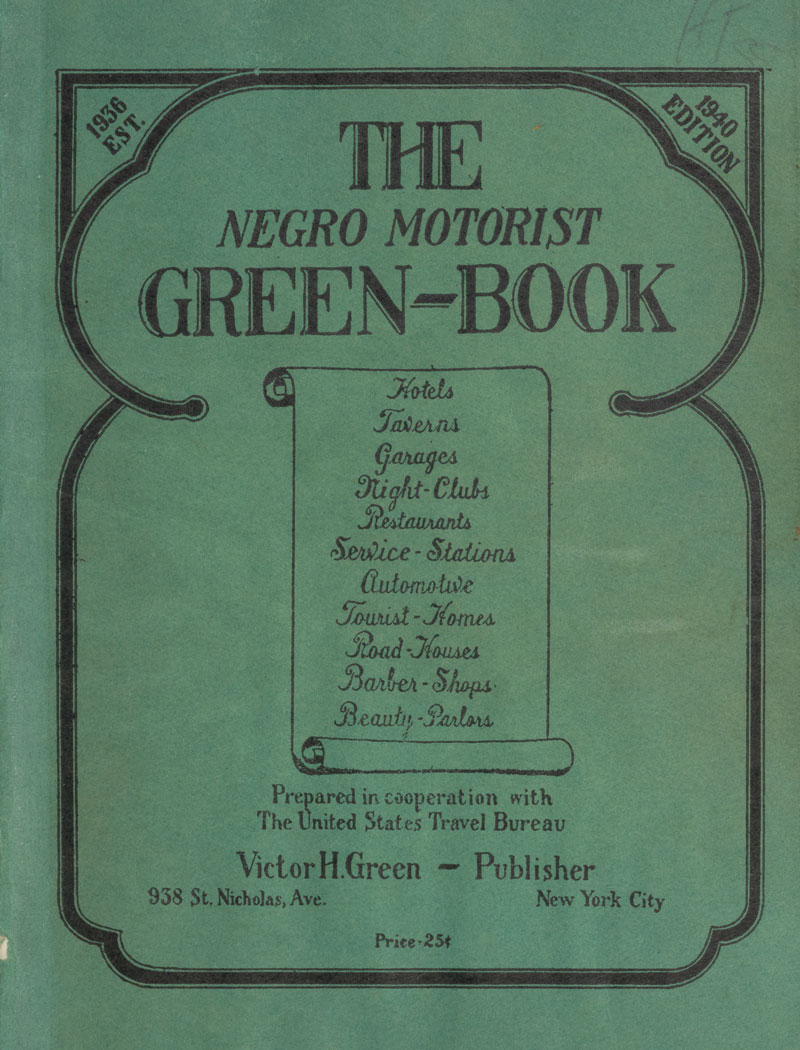 “The Negro Motorist Green Book” (nicknamed “The Green Book”) was a guide book which was published annually in the US from 1936 – 1966 and was written by a postman, Victor Hugo Green. Its target audience was African-Americans traveling by car.

In those days, black people travelling along the roads of the US were not allowed into most restaurants, hotels or gas stations. Even if they were allowed access to these facilities, they received little to no assistance from staff members. Moreover, there was the constant threat of being arbitrarily arrested just for being black.

To avoid these and similar issues Green wanted to compile all relevant and available information from North America, Canada, Mexico and the Caribbean…”to give the Negro traveller information that will keep him from running into difficulties, embarrassments and to make his trip more enjoyable” (K. Franz – African-Americans Take to the Open Road).

And that is exactly our aim, 80 years later, with help from one another. Although it’s sad that it should even be needed.

I arrived as an adoptee from Ethiopia to Sweden in 1970 thus residing here for almost 50 years. I lived in a “mixed marriage” with two children that are now young adults. As a black person in a European country with many Caucasian friends I often ended up feeling left out when it came time to travel to certain destinations.

The ferry trips to Poland or weekends in Budapest that were so commonplace for our Caucasian friends raised a series of serious questions for us as black travellers. Are there any Black people living in Poland? How will they respond to me? Will I be less likely to experience racism because my husband is a white man? Or could our “mixed marriage” increase our chances of being subjected to racism? Can I as a black person even travel to Hungary or Greece?

My husband and I have had both positive and negative experiences whilst travelling. In Spain I was accused of being a prostitute when my white husband and I returned to our hotel one evening and narrowly avoided being kicked out. In the same hotel there was another family where both the husband and wife were black. Perhaps they didn’t have the same negative experience of this hotel as we did. On the contrast, at a hotel in Lisbon we had an amazing experience and were treated with respect as were the many other black guests staying there.

About five years ago we sat down to plan a trip with friends, a car journey through Europe. Prague and Budapest were mentioned, but I know for a fact that both of those cities have had major problems with racism. Furthermore a nationalistic party holds the power in Hungary. It would have been unthinkable for me to travel there due to security reasons.

Instead we all went to Berlin. I was searching on the web before travelling if there had been any assaults due to racism. I googled the area we were going to stay etc. which gave me no more information. Once there I didn’t feel brave enough to go up to anyone and ask questions. I was lacking a forum where I quickly could receive information about this.

A couple of years ago I was waiting in an airport in Central Europe. I realised that there is a vast global network of black travellers and each individual in that network likely has a wealth of knowledge and experiences of the countries they have visited or lived in. All that was needed to harness this valuable information is a central hub where this knowledge can be catalogued and made available to the world.

It has become a dynamic website where anyone can post their experiences, positive or negative, from the city/country they live in or countries they have visited etc.

Be aware that the experiences gathered here are subjective. Two people could have a completely different view on the same matter. That being said, it is important to present all available points of view and allow people to decide for themselves.

Black Travel Guide is focused mainly on European countries, but users are welcome to submit information about any country in the world.

We aim to provide the conditions for a pleasant vacation!